How to pass a EU Ramp inspection

Imagine yourself taxing to the gate at your destination. It is the third sector of four and you feel quite happy. You and the crew have managed to keep all departures and arrivals on time. You check your watch and see that you will actually block at the gate three minutes before the scheduled arrival time. Now you and the rest of the crew will do your very best to do a quick turn-around so you can leave on time. After that, it is only an hour flight to your destination and home base and after that you are free!

You are pulling into the gate and below the jetway, on the tarmac, you can see two individuals in suits, ties, and hi-vis vests. You immediately understand what this means. Your colleague looks at you and says:  “It looks like we are going to get a visit from the aviation authority”. Your happiness and anticipation of getting off on time are suddenly gone. 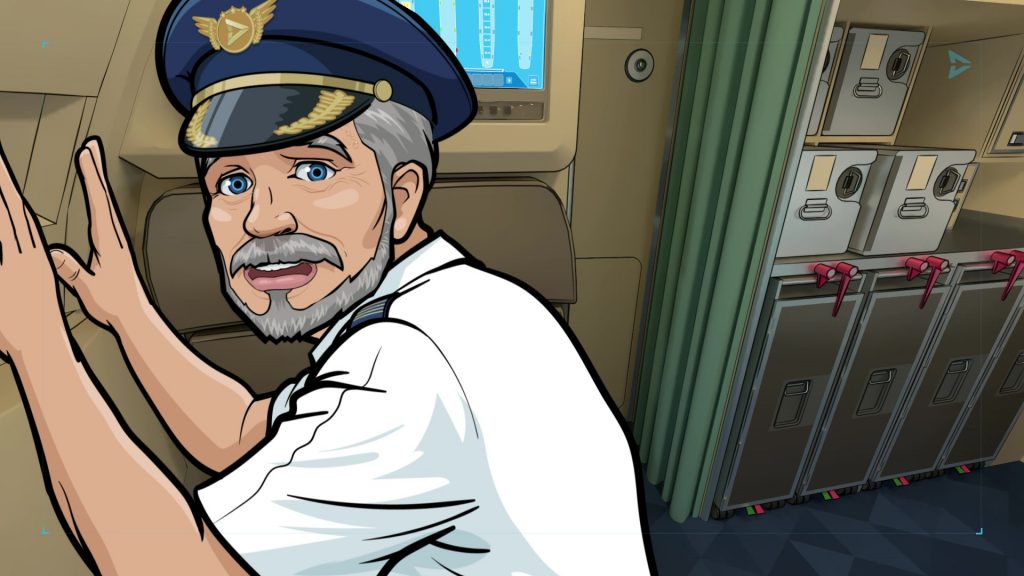 Many pilots dread this intrusion in their workspace and dislike it much more than a root canal at the dentist.

A so-called ramp inspection from a national aviation authority can, of course, be a little nerve-racking especially if you don’t know what to expect. Many pilots dread this intrusion in their workspace and dislike it much more than a root canal at the dentist.

However, it does not have to be a bad experience and it does not automatically mean that you will be delayed. On the contrary, a normal ramp inspection should not delay you at all. The inspectors from the aviation authority will normally do everything they can to not delay you. The inspectors will also try to do their very best not to hinder you and your fellow crew member in your work and preparation for the next flight.

Ramp inspections is a ICAO requirement

How the national aviation authorities should conduct ramp inspections, what they should look at and the procedures surrounding ramp inspection can be found in ICAO Doc 8335, Manual of Procedures for Operations Inspection. Of course, there may be slight differences in what the inspectors are looking for due to different and maybe more stringent regulations between national regulations and the ICAO recommendations.  However, overall, you will most likely recognize how ramp inspections are conducted between different countries and different national aviation authorities.

Uneasiness and a feeling of “incursion”

For many pilots, a ramp inspection is associated with a certain uneasiness and a feeling of “incursion” that someone uninvited has come and interrupted a turnaround when things already are quite stressful.

It might be hard to understand the purpose of a ramp inspection, especially when you are doing your best to get the aircraft turned-around and up in the air again. Getting hassled by an inspector that has many questions, inquiries, and demanding to see all kinds of documentation may, at the time, just be seen as a waste of time.  But rest assured, ramp inspections have a very important purpose and are a valuable tool for increasing global aviation safety.

The goal: To see trends or safety concerns before it becomes a threat

The data that is collected from ramp inspections are valuable safety tools, identifying safety concerns and worrisome trends that should be addressed before they become a threat to the safety of international aviation. In the end, it will benefit all of us that are dependent on safety in the sky.

It is important to realize that a ramp inspection does not look at you personally but instead at the system that you are operating within. This means that no inspector has “it in for” or trying to catch any wrong-doing of a particular crew member. Instead, they will focus on the aircraft you are operating, the documentation you are supposed to carry, and, of course, that the entire crew has their necessary licenses and endorsement to operate the aircraft. In certain countries, you could also be asked to take an alcohol test.

The inspectors is just doing their job

Ramp inspections should be performed by inspectors that have received appropriate training and qualifications. You can also be fairly certain that the inspectors conducting the inspection are well aware that they are “intruding” into your space and workplace. Still, they have a job to do and they do want it to go as smoothly as possible with as little disruption as possible to you and your fellow crew members.

They will do a visual inspection of the aircraft exterior, inspection in the flight deck and inspection of the passenger cabin and/or cargo compartments may be divided among the inspectors, according to their area of expertise. A team leader may be appointed who is also responsible for the debriefing with the crew and any decisions following the inspection.

There may be some difference in how the national authorities decide what aircraft they will inspect. Some authorities do random inspections while others try to target aircraft or operators that they suspect may not comply with the applicable standards. However, as mentioned before, they should never base their inspection on individual crew members poor performance, unless of course you are drunk or have some other apparent issues that can compromise the safety of the flight.

Basically, the inspectors just want to make sure that the aircraft with its assigned crew are safe to return to the wild blue yonder!  Or maybe we should say: as sure they can be. The inspection is, after all, only a spot check and to be able to check everything on an aircraft during a 20 or 30-minute turn-around may be a little bit optimistic!

So, is there anything you can do to make an inspection go smoother? Absolutely!

How to pass a Ramp Check Inspection

Can you locate all the documents?

However, there are also things you can’t do anything about. For instance, the status of the aircraft, company manuals, and documents, etc. are what they are. When the inspectors are coming onboard, there is very little you can do about this. This is, of course, something you need to think about before accepting an aircraft before a flight. Do you feel comfortable that your aircraft is safe and would pass a random ramp inspection?

It is, therefore, very important that you have the knowledge of what normally is included in a ramp inspection, to know what the inspectors are looking for and why. Also, and this may be one of the most important advice given, know where to find all the required documents. Everything from insurance paper, airworthiness certificate, radio license,  aircraft registration to AOC certificate, software updates, records of operational manual revisions, Noise Certificate, etc.

You don’t want to be that guy!

Instead, it is good to always be prepared and expect a ramp inspection at any time. Make sure that you know where everything is located, either in your electronic flight bag or in the old-fashioned “ship library” of binders and papers. Have your personal license and medical easily accessible.  Make sure that your flight planning papers, mass and balance, and performance calculations are in order. Also, keep your flight deck tidy! Ensure that your crew bags etc. are properly stored and secured and nothing is obstructing the exits.

To know what to expect and to always be prepared for a ramp inspection will, without a doubt, increase the efficiency of the inspection resulting in that you can get off the ground on time! This will help you get home on time, your passengers will be happy not being delayed and your company will not suffer possible economical consequences associated with delays.

All you have to do is be prepared and know what to expect!

Get the full training for quick ramp inspections

All of this sound easy, right?  Well, hopefully it is. However, nothing is easy without training and proper understanding. Therefore, Scandlearn has developed a fantastic course to prepare yourself and your fellow crew members for your next ramp inspection. According to EASA, FAA, ICAO flight crew have to be aware of that a ramp inspection program exist and how to comply.

Get the know how's so you can feel confident and knows what to expect every inspection.
Get certified today

The benefits of being trained

The training will help you help the inspectors to do a quick and efficient ramp inspection that assures you depart on time, keep your passengers happy, and hopefully, in the end, also saves your operation money. With the right preparation and understanding, you will make the event of a ramp inspection into a non-event!

We hope you enjoyed this article about EU Ramp Check inspection Programme. Go and check out our other posts down below or in the menu.

How a pilot with the “right stuff” ends up with a knife. Part 1 – Mental Health in Aviation

Scandlearn is landing at Helitech Expo 2021

What is Competency-Based Training and Assessment (CBTA)?

Scandlearn is landing at Helitech Expo 2021

How a pilot with the “right stuff” ends...