A long time ago on a dark and stormy night…. That’s a good start for a scary fairytale. I wish this kind of story only occurred in fiction or a movie. But it was mostly all real, a horror movie happening to me in real life! The night was, indeed, dark and stormy. We were en route to an airport in Northern Scandinavia and had just started our descent in an old Metroliner. Onboard was the first officer, myself and a couple of tons of mail. The first officer was a brilliant young man with quite a bit of experience with this type of aircraft. This was the first sector of the night with several more ahead of us. The weather had been crap when we first left our departure airport and, with an incoming warm front ahead of us, it got even worse as we approached our destination.

I wish this kind of story only occurred in fiction or a movie. But it was mostly real, a horror movie happening to me in real life!

Working hard with the De-icing system

Due to the weather, we had to start the aircraft De-icing system quite early into the descent. It was only light icing in the beginning but the lower we got, the more frequent the de-icing boots had to cycle. The snow progressively increased in intensity and, when we turned on the landing lights, it felt like Hans Solo in the Millennium Falcon. It was easy to imagine that all of those snowflakes were stars that were swinging by at warp speed!

As we started the approach, the accumulation of ice was substantial. We were, without a doubt, in moderate icing conditions. I was flying and had to really work hard. The autopilot had, unfortunately, given up the ghost and had been written down as unserviceable in our log. In addition to this, I also had to work the de-ice system manually. Although the Metroliner had an automatic de-ice system, it seemed to work better if you just did it manually. Especially in moderate icing conditions like on this particular night. The de-icing system was located on my lower left side and there was absolutely no chance that the first officer could reach the controls. He did a great job in keeping track of the ice accumulation and called out when I needed to engage the boots. Fantastic teamwork with great results I might add, or at least that’s what we thought.

How do you manage LOC-I for the first time?

The first officer was reporting the status of ice accumulation on the wings and we managed to keep them clean. On the intercept course for localiser, I called for flaps ¼. The icing had really started to build up, with the first officer reporting that it looked like horn-ice. We made a PIREP to the tower and informed them that we had encountered moderate to heavy conditions. As we intercepted the localiser, the aircraft began to shake furiously. It felt like we were stalling but the speed was good, slightly above approach speed in icing conditions. Moments later, I lost almost all elevator control but, with the help of the elevator trim, I could feel we had a little control. As we approached the glide slope the first officer suggested that we should run the boots again, I did and instantly felt that we had more elevator force back.

As we started to descend on the glide-slope, everything felt almost normal again! We brought out the gear and the next step of flaps but then things began to happen quickly! The aircraft began to shake violently, the elevator control was rendered useless and the nose pitched down! This incident took place before we had upset training. The term LOC-I (Loss of Control In-flight) was something that I’d never heard about, I’d never participated in any UPRT. Check out our UPRT, it’s worth the time.

The situation continued to escalate. All I could think about was we had just changed the aircraft configuration by selecting the next step of flaps. Before that, I had control. I quickly called to bring the flaps back to ¼ again. It was if the first officer had read my mind as he adjusted the flaps instantly. The pitch down 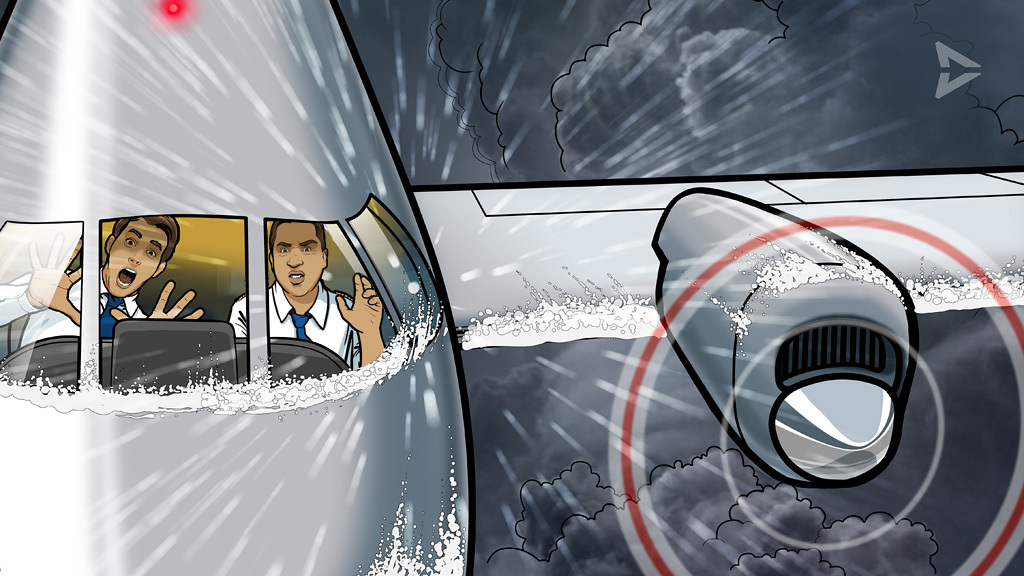 movement stopped although the aircraft was still shaking. I had a little elevator control with the help of the trim but it wasn’t much. It was a challenge to keep the aircraft on the glide-slope. The ice was building up just as quickly as the boots could get rid of it. We decided to continue with higher than normal speed and land with ¼ flap as we felt we had no other choice. A go-around would mean certain death. We just had to try and make the contact with Mother Earth as controllable as possible and, hopefully, we would reach the runway.

Obviously, the braking action was really poor but we had no choice other than to hope for the best. We broke out of the clouds just above minimum, with no real way of making a nice flare, so we more or less hit the runway and rolled out at an incredible speed. Fortunately, we had a long runway, one that was by far more than the little Metroliner required in normal conditions. As it happens, we almost needed the entire runway.

The tail section was an entire icecube

We had no idea what was wrong. Yes, the icing was moderate but the de-icing system had performed well. Once the aircraft was parked up I went to take a good look at it. I could see that the entire tail section looked just like an ice-cube! In the Metroliner, there was no dedicated warning system for when a section of the de-ice boots didn’t work. It was only later that I discovered that a pressure valve to the tail section had failed which, in turn, had caused the problem.

"That night I was very close to becoming another death in the statistics of LOC-I."

That night I was very close to becoming another death in the statistics of LOC-I. The only reason that I am able to write about this today is due to some good Crew Resource Management between the two of us, coupled with a little bit of luck! At the time, CRM was quite new but both the first officer and I had taken the CRM principles to heart and, to the best of our abilities, we tried to implement these principles in our flight. Fortunately, it worked! 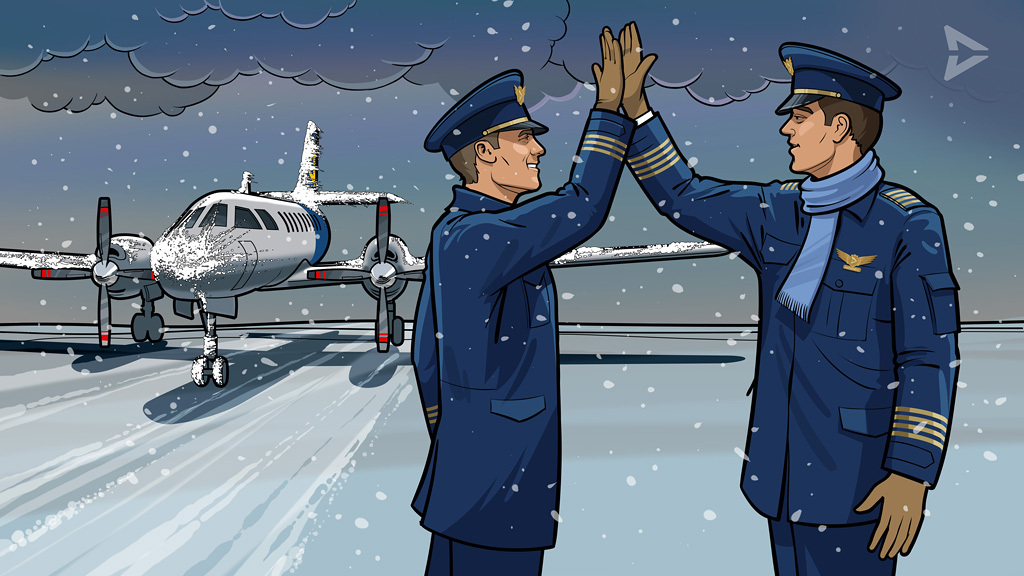 Today, I’m grateful to the authorities around the world who have mandated UPRT as you just never know when you will find yourself in a situation when an upset is imminent. Simulator training is, of course, a very important part of the upset training but so is the ground training. They are both important in providing you with a deep understanding of how an aircraft behaves in different environmental conditions, system failures and how to understand the fundamental aerodynamic forces.

I hope this motivates you to take your Upset Recovery & Prevention Training.

Crew Resource Management (CRM) is something we should always DO

2 nerve-racking stories that could have been avoided...

Crew Resource Management (CRM) is something we should...